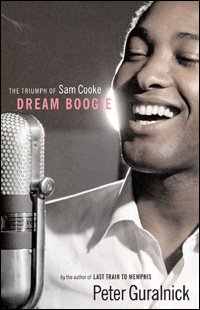 Yesterday, while waiting for my son to get out of school, I was listening to a Talk of the Nation program. NPR is not known for its fundamental or biblical position about anything, but it does reveal what the world is currently thinking about certain issues. Yesterday’s program was about Sam Cooke (1931-64), a secular singer during the 50’s and 60’s who began his career with a gospel quartet. What interested me most was what these men said about Cooke’s crossover from gospel to secular music.

NEAL CONAN: . . . and became an absolute star—and I don’t think people understand this—on the gospel circuit when he was the lead singer with a group called the Soul Stirrers.

PETER GURALNICK: Well, that’s right, I mean he was in essence kind of matinee item on the gospel circuit. . . . But Sam, as Bobby Wolmak (who was a protogee of his and met Sam when he was only seven or eight years old) . . . always likes to say, “Sam brought sex into the church.” While that may not be explicitely true, or it may be—I’m not sure. He attracted an audience. And he had a kind of seductive style that was new to quartet singing. . . . What he was doing, he was a crooner in that field. And he brought teen-agers into the church. He brought young girls and he brought an atmosphere—a kind of seductiveness—into the music which was a natural to cross over into pop music.

I find it interesting that people in the secular music industry recognize these things while many religious entertainers do not. This ought not to be, but it is still happening today. People change their singing style to appeal to a larger audience, often setting aside their morals for the opportunity. Unfortunately, this type of sensual music is so prevalent that most people don’t recognize the problem anymore.
NOTE: Click here for a link to the entire 39 minute interview. My transcript covers the portion between 4:11 and 5:39 of the program.