During the summer of 1998, we had the privilege of housing Luis Cuadrado and Jared Vanning in our apartment in Niagara, Wisconsin. This was my first year attempting to train two men for the Bible Adventure Team at Northland as Sharon and I had travelled the summer before. We had a railroad theme that summer and for the adventure story I wrote “Boxcar Bob and the Runaway Railroad.” After two or three weeks of training and prayer, we sent out those two young men to hold VBS programs at a number of churches.

What I remember the most about those guys was the amount of time we spent laughing. Luis had a sense of humor that kept me in stitches most of the time. But something else happened that summer. We were awakened early one morning to a woman screaming. A car had purposely hit a tenant’s boy friend in the parking lot. After seeing the body in the parking lot, I instantly called for Luis and Jared. We walked out not knowing what to expect. The man recovered but we were on edge for several days following that.

It will have been eight years this summer since those two were with us. I had wanted to get in contact with them, but didn’t know where either had gone after college. Then through a series of events, I came across Luis’ email. After a few quick emails, I was sent this picture. All I can say, Luis, is . . . Wonk! Wonk! 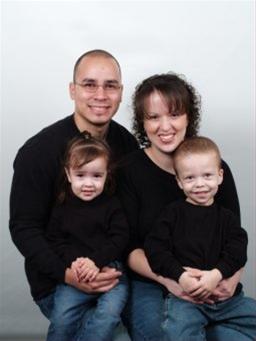