UPDATE: Since writing this article, I have decided to post the story mp3s for free download instead of selling them on CD. You can access them here. I am hoping they are a blessing to many families.

When I was a child, my parents bought lots of children’s story records. We listened to missionary stories, Ethel Barrett’s Bible stories, and exciting Christian stories on the radio. In fact, I still enjoy Ranger Bill on Satuday mornings. But many of those old favorites are no longer being broadcasted. Unfortunately, they have been replaced with productions that don’t always have the kind of content I want my children to hear. So, what to do? 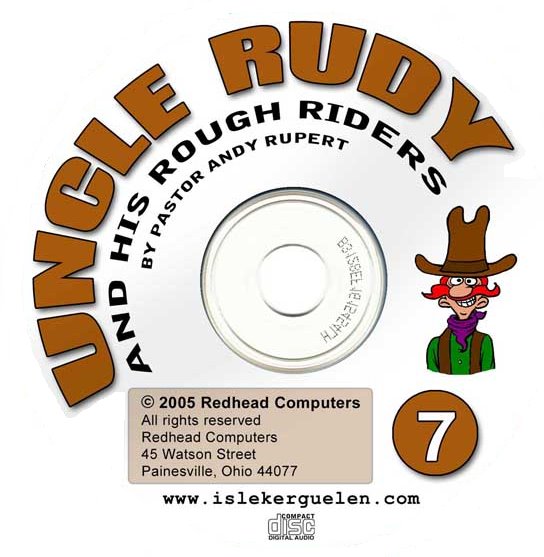 Soon after arriving in Mentor, someone gave me the idea of recording my VBS stories onto CD. With a microphone and several pages of manuscripts, I began recording these adventure stories in the “Come back next time and you’ll find out” format. I suppose you could liken it to the old time radio programs which always left you wondering what would happen to the hero next week.

The first two recordings were monologues recorded in our church’s tape room. Then when Yooper Jim came along, I asked several students from my Bible class to chip in their talents. That took alot of work and lots of early morning recording sessions, but we finally finished all eleven chapters. Since then, the format has been changed to live recordings. It doesn’t take as long and has a better sound than could be attained within the echoing walls of the tape room. Being live, you can often hear the laughter and responses of the children (and certain adults). To date, the Lord has allowed me to record seven stories.

I have enjoyed the opportunity the Lord has opened up for me with these stories. But something recently happened that may cause you to wonder if these stories are appropriate for any age group. A man in our church purchased the first four CDs presumably for his granddaughter. But I later found that he had been listening to them himself! (He just bought the rest of the set today.) The problem came when his car stereo quit working and he decided to listen to them with headphones and a portable CD player. He admitted that he had been pulled over by the police and given a warning for using headphones while on the highway. So, be careful. These CDs may not be appropriate for any age.