The followers of Islam seem bent on converting the world to their beliefs by killing any who oppose them. Sadly, it is no longer surprising to hear about a suicide bomber. They are also involved with internal wars regarding their particular interpretation of the Muslim religion. While their religion is false and their actions are deplorable, it should be noted that similar events have happened within the broader scope of Christianity.

The struggles between Roman Catholics and Protestants in the 16th Century resulted in wars which greatly troubled France, Germany, and the Netherlands. But another religious war was yet to be fought. It took place in Central Europe in the mid-17th Century and was the worst war of them all, ‘the most appalling demonstration of the consequences of war to be found in history.’ (144)

The Peace of Augsburg (1555) had made peace between Roman Catholics and Protestants in the sense that the prince of each German state could decide which his people would follow. But that agreement made no provision for the followers of Calvin. Thus, the proposed peace was only temporary. What people longed for was the freedom to worship as they saw fit. When the Catholic Emperor, Ferdinand II, began to persecute Protestants in Bohemia, they decided to push back. The Czech Protestants went so far as to throw “Ferdinand’s deputies out of the windows of the council building, a sign of disapproval not uncommon in Czech history” (145). But their revolt was crushed by the forces of the emperor. Soon, “three out of four Czechs disappeared and the fourth was enslaved.” But the war was far from over. Other Protestant countries joined the fight. 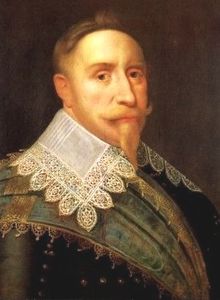 The king of Sweden, Gustavus Adolphus (1594-1632), brought his small army of 18,000 men to fight against the seasoned Catholic army which had already won thirty battles. Emperor Ferdinand was unimpressed with Gustavus. He revealed his disdain by saying, “Another of these snow kings has come against us. He too will melt in our southern sun” (146). He would soon see how wrong his opinion was. Unfortunately, Gustavus was not able to reach Magdeburg in time to stop the terrible massacre. It was there that Tilly, leader of the Catholic forces, murdered 26,000 citizens of that town including women and children. But this horrific event only strengthened the Protestant cause by uniting a larger army under the leadership of Gustavus.

Things went well for the Swedish king. His Protestant army was finally able to defeat Tilly at the battle of Breitenfeld, where they captured 10,000 enemy troops. After another battle, during which Tilly was killed, Gustavus seemed ready to defeat the emperor himself. So, Ferdinand quickly enlisted the help of Wallenstein who agreed to help as long as he was given political and military control of Germany. This being agreed upon, the emperor’s strengthened army met Gustavus at Lutzen on November 6, 1632.

On the morning of that day, after the blessing of the Lord had been invoked, the whole Swedish army sang Luther’s great hymn, ‘A Mighty Fortress is our God’ and also Gustavus’ own battle-hymn, ‘Fear not, O little flock, the foe’. Then the King and his army kneeled down and again offered prayer. A dense fog, which covered the field of battle, lifted about ten o’clock. The king then addressed his troops, gave the watchword, ‘God with us’, cried ‘Forward’ and led them personally against the foe. But there came the moment, in the tumult of battle, with the fog again descending, when the king found himself isolated from his men. He fell wounded. One of the enemy seeing his plight, asked him who he was, and he replied: “I am the king of Sweden: and this day I seal with my blood the liberty and religion of the German nation!” (147)

As may be expected, Gustavus lost his life that day, but his death caused his army to fight even harder, leading to the defeat of the Catholic army. The war continued for another eighteen years and the emperor eventually gave up his plan to force Catholicism on Germany. The end result was the Peace of Westphalia in which “Calvinists received equal rights with Lutherans and Roman Catholics” (147). While, complete religious freedom would not come about for many years, little would have been accomplished without the efforts of the godly king of Sweden, Gustavus Adolphus.