Just when you thought big hair had become passe, a new group has brought it back in style. But this time it’s happening at a small Christian school in South Korea. The two man band, Korean Kounterpart, was formed this year during spirit week after getting an inspiring glimpse of American singer/song writer, Roop-Dawg. “This is quite an honor,” said the surprised performer in a recent BBC interview. “Who woulda thunk it?” 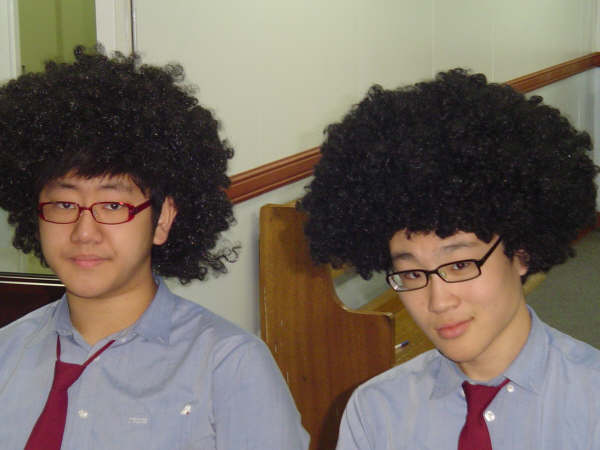 The South Korean band is seeking to mimick the sweet styles of the infamous YoBF Boyz. And the hard work is finally paying off. Vocalist “Seoul Train” and drummer “Ping Pyong Paddy Wack” have become quite the sensation in the local area under the direction of producer Larry “Puff Daddy” Fitch. Click here if you would like to book them for your next youth meeting.