When I was a child, our church supported several mission works on the island nation of Trinidad & Tobago. I remembering hearing the mission pastor speak with his thick and hard to understand accent. After one service I asked him what his native language was. I sure was surprised to find out that his native language was English! (Think phone based tech support and you’ll understand.) 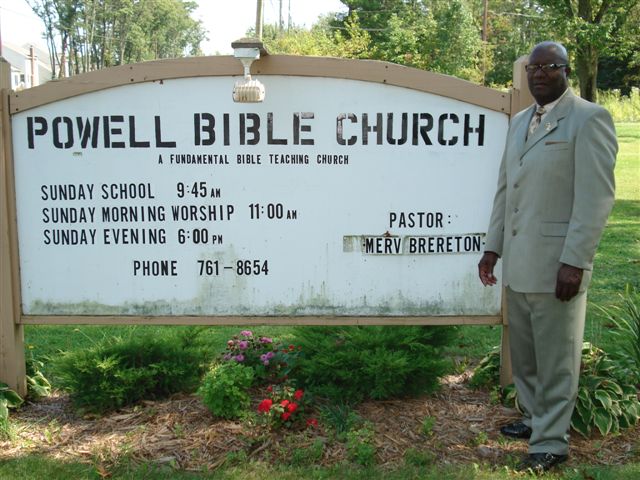 Later at the Bible Institute of Ohio (BIO), I had the privilege of taking classes with a Trinidadian named Mervyn Brereton. He was a former race car driver, mechanic, and political worker, who had been saved through the mission our church supported. From, what I remember, Mervyn drove our pastor around the island while he was visiting the island. That visit made him aware of BIO and shortly after, Mervyn moved to Ohio to begin classes.

Although Mervyn is a few years older than me, we became good friends. To this day, my children know him only as “Uncle Mervyn.” In fact, my daughter Katie asked me with a quizzical expression, “Is Uncle Mervyn your brother?” That led to a lot of laughter, but we didn’t mind a bit.

Mervyn and I were assigned to the same cabin one year at Junior II camp. Pastor Spence wanted someone to interpret Mervyn’s speech to the campers. But even after several years of knowing him, I had trouble interpreting the accent. One evening, as the kids were getting ready for bed, Mervyn looked at me and said, “Ahn-dee, go to the boff-room and get a pik-shah of wat-tuh.” No matter how many times I asked him to repeat his message, I couldn’t understand what he was saying. So, with a look of frustration, he ran off to the bathroom and returned with a pitcher of water. He held it up for all to see and announced that the first boy to talk after lights out would get the water dumped on him. The funny thing was that nobody had a problem understanding what he meant!

Presently, my buddy is pastoring a small congregation in Powell, Ohio. He has also worked with inner city youth in Columbus and served as chaplain for the Columbus Crew professional soccer team. It is nice to see the Lord using him and others with whom I attended BIO in the early 90’s. And after receiving this picture in an email, I just wanted to share my memories with you.