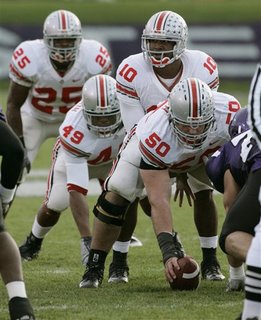 Today the Buckeyes did very well. They beat Northwestern 54-10 at Evanston. But the biggest test will be next week. Can they do it again against the team up north? That team is also 11-0 and is putting up some impressive numbers. The ABC announcers said that this will be the first time since 1904 that two Big Ten teams have met with such lofty records. If I recall, those two teams were Michigan (10-0) and Minnesota (13-0). Now 102 years later, it is Ohio State (11-0) and Michigan (11-0). Who will win? In seven days, we’ll find out.