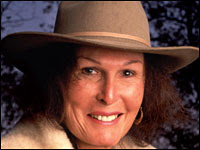 This afternoon, I listened to NPR’s Talk of the Nation. Neal Conan was interviewing someone with a strange voice. Quite honestly, he sounded like a slow thinking scientist who wasn’t used to talking to people. The man turned out to be Dr. Renee Richards, a man who underwent a “sex reassignment operation” in the 1970’s. After the operation, Richards became famous for going to court over the right to play professional tennis as a woman. During the program, various callers thanked “her” for fighting for their rights. But I could tell that Richards was not as excited about what had happened. The following quotation seems to indicate the same idea.

“I wish that there could have been an alternative way, but there wasn’t in 1975. If there was a drug that I could have taken that would have reduced the pressure, I would have been better off staying the way I was — a totally intact person. I know deep down that I’m a second-class woman. I get a lot of inquiries from would-be transsexuals, but I don’t want anyone to hold me out as an example to follow. Today there are better choices, including medication, for dealing with the compulsion to crossdress and the depression that comes from gender confusion. As far as being fulfilled as a woman, I’m not as fulfilled as I dreamed of being. I get a lot of letters from people who are considering having this operation … and I discourage them all. I say that you’d better get on Prozac or any other medication available, or get locked up or do whatever it takes to keep you from being allowed to do something like it.”

Richard’s feelings are probably downplayed by those currently fighting for GLBT rights. They would rather that the world see the “success” stories. But the need is still there. No matter what the situation, when a person turns away from God’s way of handling problems, there will always be a lack of fulfillment.

While God clearly denounces such actions as sin (Rom. 1:18 ff), conversations like this have been opening my eyes to the need to get out of my protective bubble and interact with real people with real problems. When our Master told us to “Go into all the world and preach the gospel to every creature,” he had Dr. Richards in mind. So should I.