Have you ever noted how many mighty men are emphasized in the Old Testament? Whether good or bad, men like Nimrod, Samson, Joshua, Saul, Joab, Jonathan, Goliath, David, and Benaiah were all known for their physical accomplishments. They were mighty men of old. But despite the greatness each achieved, their accomplishments are nothing compared to the person who learns to control his anger.

He who is slow to anger is better than the mighty,
And he who rules his spirit than he who takes a city. 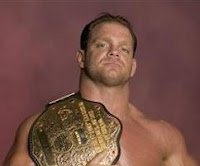 Recent news articles have revealed how difficult it is for people to control their anger. Former professional wrestler Chris Benoit may have been influenced by “roid rage,” but the fact remains that this mighty man was unable to control his anger. An off duty fire fighter recently lost his temper and ended up shooting three people for making too much noise next to his house. Despite these extreme examples, the fact remains that all of us struggle with controlling our anger.

The second help is revealed in God’s New Testament commands. The Holy Spirit must empower the change, but God expects us to cooperate. For instance, in Colossians 3:8-13, it is our duty to replace anger, wrath, and malice with kindness, long suffering, and forgiveness. So, even in the commands, God is helping us to become self-controlled.

The third help is found in God’s own example. As I daily get run off the road by a cell phone toting driver, it is good to recall God’s patience toward me. Despite my significant history of sinfulness, God still loves and forgives me (Eph. 4:26, 31-32). How foolish it is to become angry with others who have done much less to us than we have to God.

In the end, we recognize that anger is a formiddable foe. And the struggle may continue until the day we die. However, it can be defeated with the help of the Lord. We may never be noted for our mighty muscles or athletic accomplishments, but with God’s help we can become better than that by controlling our tempers.