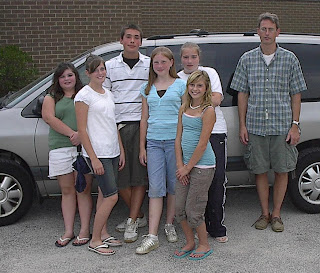 When I was a teen, it was popular for church youth groups to host scavenger hunts and road rallies which involved driving around town looking for clues. The most ingenius was called “Who Kidnapped Coach Cooper?” Some twenty years later, all I remember is that it was lots of fun. I’d been waiting for my opportunity to host something like that … until tonight. Tonight, we hosted The Bridge Rally for teens at Bible Community Church. 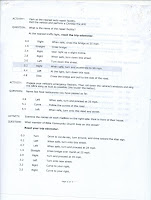 This time, instead of using clues and a funny story line, we did an actual road rally. From what I could gather, a road rally is about precise time and distance. In other words, it’s not a typical race where the fastest car wins. Instead, the group which follows the directions usually wins. No street names or compass directions were given to our teens. Every move was based on the navigation instructions and the reading on each vehicle’s trip odometer.

We called it the Bridge Rally because the entire event was planned around an evangelistic presentation of The Bridge to Eternal Life, a gospel booklet developed by Dr. Dave Doran. Seven of our teens each prepared one section of the booklet after which I concluded with an invitation for each to turn from sin to Jesus who is “the Bridge to Eternal Life.” We are still praying that the Lord will use our feeble efforts to point someone to the Lord Jesus Christ.