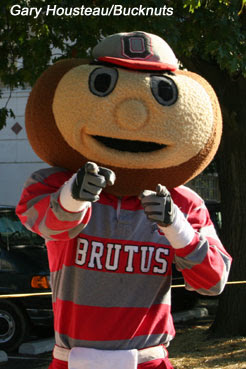 While most experts would have picked Hart and Co. to beat the Buckeyes at the start of the year, few think they will now.

“Title just one win away” by Daniel Bromwich in The Michigan Daily newspaper, November 16, 2007.

But what do you think? “Make Your Pick” at Today’s Poll provided by The Columbus Dispatch. You never really know what will happen during the Ohio State—Michigan game (think Biakabatuka), but season statistics say Ohio State has played somewhat better against common opponents.