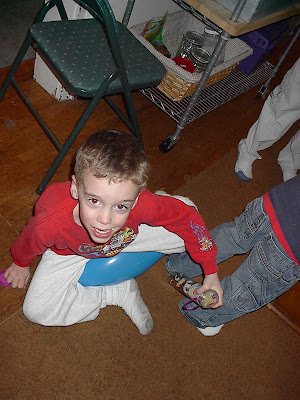 Trenton’s fifth birthday party was today but we ran into a problem. Most of the balloons in the bag were blue and yellow! Thankfully there were a few red and orange to offset the poor color selection, but what with a blue table cloth and the Ohio State—Michigan game being the same day, something needed to be done.

Okay kids, let’s play Pop Michigan! It started with an under over relay where the last child popped the balloon. But not wanting any of the children to be left out, we eventually let the whole gang loose to sit on and pop as many of the ill-hued decorations as possible. All in all it was a fun time (despite the fact that it was scheduled during the big game.) 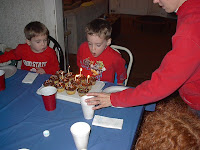 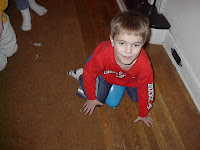 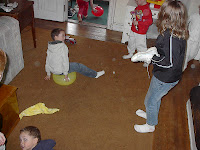