During Christmas vacation, I attempted to recall the details of an article published by Popular Mechanics several years ago. The article gave details of a secret US aircraft used during the Cold War which orbitted the earth ready to drop nuclear bombs on the USSR. The author claimed that the project had (at the time) been recently declassified and that it was the best explanation for the numerous UFO sightings in the west.

Today I came across the article posted here. What do you think? Does it sound convincing? 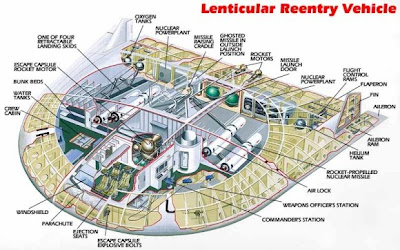 “LRV documents released thus far tell only part of the story. But in time, the secrecy on progress reports, construction drawings and perhaps even operational records will expire and we will be able to tell the rest of the story. Perhaps they will reveal that the LRV remained a general’s pipe dream, a multimillion-dollar paper plane that never took flight. Or they may tell the story of the most astounding adventure in the history of flight.”