Jefferson (and Sharon) contributed two cakes. One looked like a Game Boy and the other like a tropical island. We bid on quite a few cakes and managed to walk away with two. But the ones everybody wanted were the cheeseburger, hamburger, and ham cakes. These were definitely works of art. I would imagine that the auction raised close to $300. Nice job, everybody. 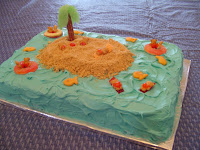 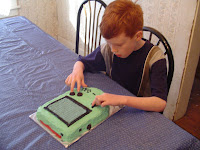 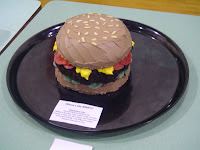 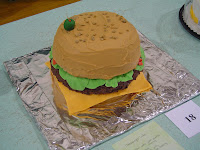 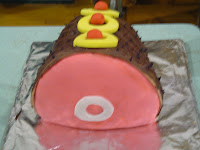 Our Chinese niece has arrived.

Sharon’s brother, Steve and his wife recently got back from China with their newly adopted daughter, Annika. We met her for the first time this evening in Pennsylvania. She’s still getting used to her smelly uncle, but there may be hope once I buy new deodorant. 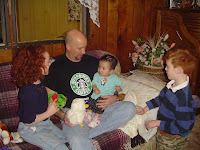 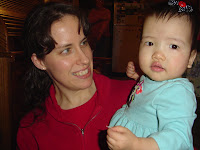 We’ve had seven different children from two neighborhood families attending this year’s club. They all have done a commendable job learning verses and attending each week. As you can see, they are diligently working at adding to their award ribbons with the coveted smiley face buttons. Please remember to pray for us. 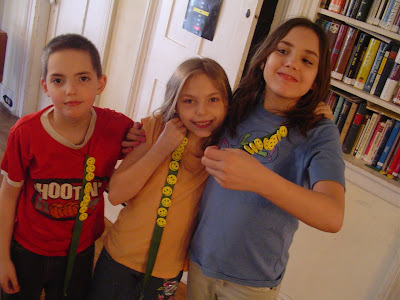 It may be difficult to tell from the picture, but a quick drive between Orwell and Cochranton convinced us that many places were experiencing flooding. This photo was taken from the top of a hill overlooking Rt. 322. You can see the huge puddle on either side of the road in the distance. 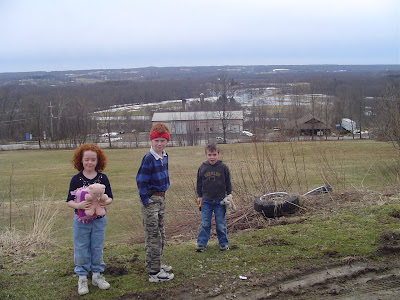