Spring has sprung
the grass has ris’
I wonder where the birdy is
The bird is on the wing
That’s funny …
I thought the wing was on the bird.

After what we did tonight, we could change the third line to: “I wonder where the bush he is?” The front bushes had become large enough to lose a Head Start school bus. Well … almost. The large bush on the corner was up to my face and was causing a daily battle to enter or exit the car when it was backed into the driveway. So, we decided to zealously hack it to pieces. 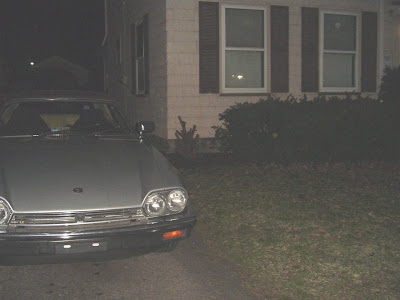 The picture may not give you much to go on, but let me just say that it looks a lot better than it did.