What would happen if a couple more of the top ten teams lost a game or two. Could Terrelle Pryor and Beanie Wells take Ohio State back to the National Championship? Don’t get your hopes up, because a lot would have to happen for the Buckeyes to even be considered. 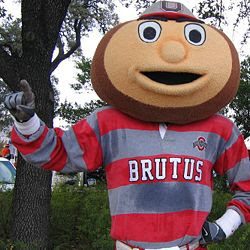 Good news: The Buckeyes welcomed back tailback Chris “Beanie” Wells in a 34-21 win over Minnesota on Saturday. Wells, who had missed the previous two games with a foot injury, ran 14 times for 106 yards. Freshman quarterback Terrelle Pryor has more big-play potential than former starter Todd Boeckman. Pryor ran for 97 yards and two touchdowns and threw for 70 yards and one score in his second start.

Bad news: How forgiving will voters be? The Buckeyes not only have to make voters forget about their 35-3 loss at USC on Sept. 13, but also about their performances in the last two BCS Championship Games. Fair or not, Ohio State is fighting a national perception that it can’t perform in big games.

Its road to Miami: The Buckeyes have to beat No. 18 Wisconsin and No. 6 Penn State and hope USC isn’t one of the last one-loss teams left at season’s end.

The truth is that most voters do remember the poor performances in the last two title games. Add to that the horrible game versus USC and you can understand why Ohio State didn’t move up in the rankings after beating Minnesota. The voters are in essence saying, “Show us the goods and we’ll deliver.”

Pssst! Don’t tell anyone but I still hope it happens.