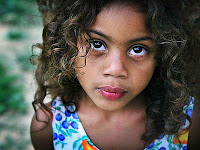 Every Wednesday the teen youth group at our church has a prayer meeting with a specific focus. Last night we were to pray for people we know who haven’t been saved by faith in Jesus Christ. But when asked for names to pray for, very few mentioned anyone. I think we had three or four. That bothered me as it seemed to indicate a callousness toward those lost without Christ.

After prayer, we had a discussion. I asked if maybe they just weren’t thinking at the time. “Do you know anybody who needs to be saved?” After a few minutes we had four column of names on the chalkboard. Then I asked a second question. “What does the Bible say about these people?” That question led us to the eventual end of all those who do not believe.

Then I saw a great white throne and Him who sat on it, from whose face the earth and the heaven fled away. And there was found no place for them. And I saw the dead, small and great, standing before God, and books were opened. And another book was opened, which is the Book of Life. And the dead were judged according to their works, by the things which were written in the books. The sea gave up the dead who were in it, and Death and Hades delivered up the dead who were in them. And they were judged, each one according to his works. Then Death and Hades were cast into the lake of fire. This is the second death. And anyone not found written in the Book of Life was cast into the lake of fire.

That passage of Scripture shows Christians where their lost friends, family, co-workers, etc., are headed at the end of life. It’s a sobering thought. Those who see no need to respond to the gospel will one day understand the foolishness of rejecting the Lord Jesus. But then it will be too late. Sadly, we often push that thought out of our minds and don’t have compassion for those who need Him.

Another question: “What else does the Bible say about the people on this chalkboard?” One of the upcoming seniors quoted the antidote.

For God so loved the world that He gave His only begotten Son, that whoever believes in Him should not perish but have everlasting life.

After reading the previous “bad news,” it was good to read some “good news.” As Jesus said of himself, God loved the world and gave his perfect Son Jesus so that those who believe won’t perish in the eternal fires of Hell. Jesus was the perfect sacrifice, the perfect payment for the sins of the world. When he died on the cross, his blood payed the eternal price for all our sins. That was something none of us could do and something none of us deserves. But thankfully, God loved us and provided what we needed.

Last questions: “What should we do?” Together, the teens and I came up with six thoughts.

It really does matter how we think about those who have not been saved by Jesus. Without him, each of them will needlessly face an eternity of torment for their sins. And because of God’s great love for them, it doesn’t have to be that way.