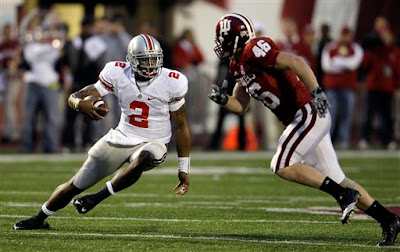 It looks as if Ohio State is going in a different direction than most the teams in the Big Ten after defeating Illinois and Indiana quite handily. However, there are several upcoming teams such as Penn State and Iowa that might give a challenge. If only the USC game had turned out differently … . The biggest threat seems to be the teams which run a spread offensive requiring one-on-one coverage. But you have to admit that they are looking pretty good five games into the season.