“Train up a child in the way he should go,
And when he is old he will not depart from it.”

“The rod and rebuke give wisdom,
but a child left to himself brings shame to his mother.

In Matthew 15, Jesus denounces the Pharisees who have honored Him with their lips while their hearts were far from Him. Jesus censures them as people who wash the outside of the cup while the inside is still unclean. Yet this is what we often do in childrearing. We demand changed behavior and never address the heart that drives the behavior.

The book I am currently reading gives a lot of good advice, but I’ve noticed that a whole chapter can go by without any reference to the Scriptures. So, I began a search today regarding “children” using www.biblegateway.com. What I found was a firm placement of responsibility on the parents for their children’s future attitudes and allegiances. Consider the following principles:

If I want my children to have a heart for the Lord, it is up to me to lead them in that direction. That will take personal preparation, communication with my wife, prayer for us all, and time for instruction. While it may take extra time, the end result will definitely be worthwhile.

The mother who as a guest in another home allowed her little four-year-old son to gouge holes in the leather seats of six new chairs while the hostess was out preparing tea probably thought she would warp his creative instincts if she laid a hand on him. But the hostess, when she saw the depredation, could have laid a hand on him with a clear conscience. And if someone doesn’t soon, the law will behind gray walls. In all justice, of course, the mother should be put in with him. It isn’t fair for parents to prepare their children for jail and then let them go alone.

When the children were young, they needed to learn to obey without questioning why because they were not mature enough to make wise decisions. But now that they are growing older, they need to develop their own understanding of why certain actions are inappropriate. They need to learn to think through situations so that they can make good choices when we are not there to guide them. The same is true of Christians and submission to authority. While God calls us to submit to authority (Rom. 13:1-5), we also need to discern when authority is correct in demanding our obedience.

The Christian, of course, must make sure he does not confuse such subordination to imposed discipline with blind unthinking submission to the wishes and options of everyone around him. … Even that submission which Christian wives are to manifest toward unsaved husbands, and which is an acid test of the wife’s spiritual maturity, is not to be interpreted as requiring obedience to demands which violate her conscience as a Christian. … [Christians] must learn to draw the line before proper assimilation of imposed discipline becomes extinction of private thinking and personal initiative.

Our Lord Jesus and the apostles taught submission to the government, but even they saw their need to disobey when what was demanded was not in line with what God required for them to do. Think of Peter and John’s civil disobedience to the wishes of the Sanhedrin (Acts 4:1-22). They didn’t intentionally look for ways to disobey their government. But at the same time, they thought through their “act of disobedience” and saw that their loyalty to God’s command required disobedience to what the government was then requiring. In the end, each of us has to learn both to submit to authority and to think through each action. 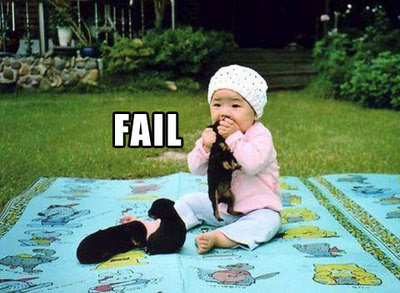